When visual arts and writing meet, special creations can arise.

Corrie van Os, as a writer, was inspired by paintings by Camphuijsen Art

Small jewels came out of her pen. They can be seen on the website: https://schilderijenenverhalen.wordpress.com/

The first story came about when Corrie saw a picture I had posted and asked me if I was going to paint it. Now I'm not just going to paint a picture, but I take photos of places that inspire me and give me an emotion. Later on I can use them as a reference photo to combine the feeling and the visual reality with the aid of the digital snapshot. In this case a painting was created on the basis of the photograph when I was inspired by the story that Corrie wrote about a photograph. The painting has been adapted to the story and I have inserted the associations that I have already painted. The painting has thus become a unique work with elements from the inspiration of Corrie and me.

I have painted it in such a way that someone else can also be inspired to come up with their own story. Or it evokes memories ... then .. that personal moment that touched the viewer.

And I think that is beautiful, that my paintings can appeal to someone, evoke an experience. Where then an emotion can also be processed. And can contribute to someone's well-being.

"Where to" oil painting 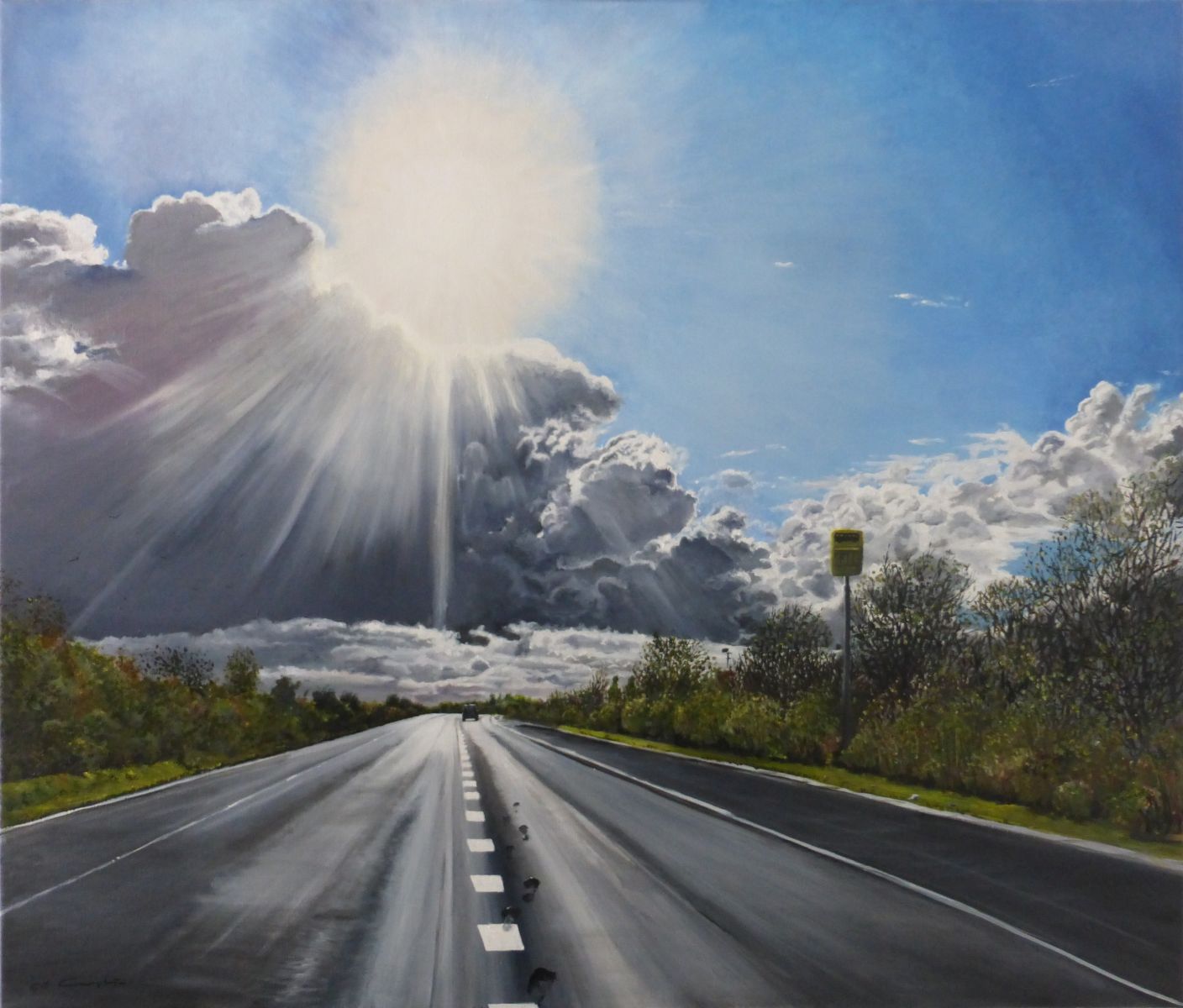 That's how it is, you're on the road, everything is on the way, somewhere and you come from somewhere. Everything has its own story and makes its own journey. Man and animals and nature. Together, an atmosphere is created that takes me as a painter and inspires another person.


For example to a story. [by: Corrie van Os]

Everything was cleaned up. The last things went with the truck. This was the last time she was at the bus stop. The last time in Westbroek. She thought about it. She was twelve when she took the bus to the city for the first time, along with her big brother. She had found it great. All those stores. All those alleys. She had tarried for weeks when she was home again. The friends came later. As old as they are, so no driver's license yet. "Get home in time, think of the last bus." She heard the reminders from her parents. You did not have a night bus then. So, just as it became interesting, they had to go home again. She had not known how quickly she had to move to Utrecht, once she had work. Of course she came home regularly. But that too had become less.

Until this last year. Her mother had been very ill and did not want to go to a nursing home. 'Why? You're a nurse, are not you? I'll pay you, if that's it. "Of course it was not. But, nurse or not, do you really want to see all those wrinkles on your mother's body? The scars of the operations? Ah, that would not have been it. She did not want to see the decline of her mother so close. That she began to urinate as soon as her buttocks touched the toilet, even though the toilet lid was still on. Or that she pooped her diaper and you could clean it up. That big, strong mother from the past, reduced to a pile of people. Her mother had always protected her from the big evil world. She had stood right in front of her. Until it was no longer possible.

She could no longer stop it that her big daughter made the wrong decisions. Hurt. Fortunately married and happily divorced. She had become as dependent on her daughter as her little baby used to depend on her.

Sometimes they walked together to the bus stop. They could best see the skies there, her mother always said. The radiant sun or, as now, the threatening clouds. With threatening clouds they had immediately returned. Despite the many requests from the village, there was still no bus shelter. Because the vandals would destroy it. Her mother died a month ago. Her brother had come over from America. Together they had divided everything. His belongings were already on their way to the other side of the ocean. They had said goodbye two weeks ago. "And remember, this summer you come to us," her brother had once again said. Yes, that was possible now. No sick father, no sick mother, no demanding husband. She felt the first drops on her face. In the distance the bus arrived.