It is in November, a newsletter has already been sent about the upcoming exhibition. The start date was introduced three years ago, but the first preparations have been made, such as arranging transport. I also need the help of someone with a van to transport the painting of the bathing highlanders to the hospital. And also the painting 'wandering' is quite big for a persons car And since I do not drive a car myself, it is always a matter of puzzling when my work can be transported. So that is 6 December.

Furthermore, I started a project in which I first want to incorporate my memories of the large waterworks in Kassel into a number of paintings. I want to capture the atmosphere in a number of realistic paintings. And then I hope that I will be inspired by making variations on a theme. It turned out to me that these water works at Wilhelmshöhe in Sauerland are part of the world heritage that UNESCO has on a list and strives to preserve and maintain many cultural expressions (and more). The Amsterdam canals are also an area that belongs to the world heritage. I painted "my old Amsterdam". The Wadden Sea Region has also inspired me to work on a number of works. Thinking through this fact, I came up with the idea to work on an exhibition once with different paintings inspired by a number of places I've visited on the list. Maybe it will be a duo-exhibition with my girlfriend that I also lit with my idea. So it may well happen that we are looking at the list: "Hey, I would like to go there someday" I show the first works in the making below. 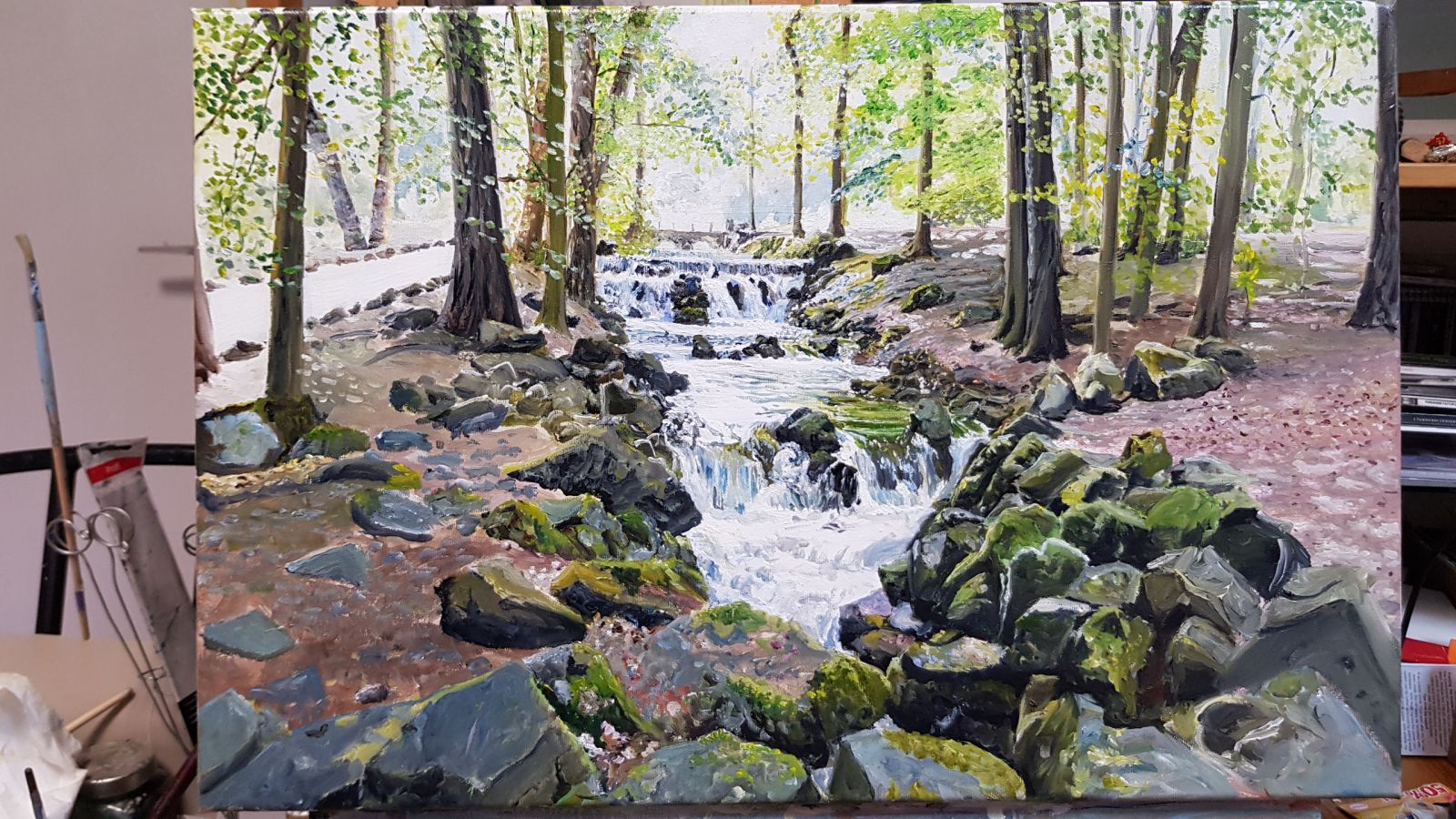 Furthermore, I have already made a sketch with photoshop in preparation for a portrait assignment. A double portrait of two children positioned in a special organization known to them and the client. You will be able to see it on the site after it has been completed and transferred.

And as far as I'm concerned, I prepare for a rehabilitation period in the new year because I'm going to get an operation on my hip. So ... as usual ... I'm not bored. .